A day’s cycle in the Mournes

By Declan White a keen cyclist. ​

Having had a restfulness and great breakfast in the The Mourne Lodge, I had basically two options. Either I turned left and headed up through the mountains, or I could turn right and head to the shores of Carlingford lough. I chose the latter – the morning was fine, the wind in a northerly direction, and I hoped the few miles of a leisurely pace into Rostrevor would prepare me for the climb into Hilltown. I paid a quick visit to Grants shop beside the Mourne Lodge for a few sweets toad to the bars and energy gels I had with me.
On my way to Rostrevor, while admiring the countryside, I couldn’t help but think of the beautiful Mourne Lodge I just left. The room I left was warm and comfortable, and the breakfast was to die for. One could be forgiven for thinking that Mairead had googled the breakfast requirements of a cyclist, as all the courses seemed specially chosen to provide energy boosting calories, and slow energy release at that. 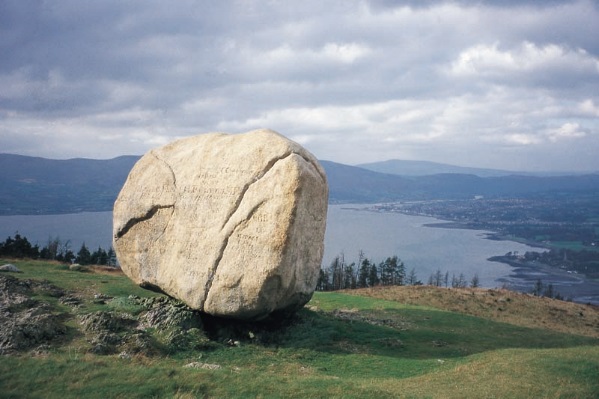 With just over three miles ‘down’ to the main road, the remaining journey to Rostrevor was quite easy, being flat terrain and I soon covered over ten miles arriving at the roundabout in Rostrevor. I knew from last nights study a reasonable climb lay ahead.

The climb out of Rostrevor was fairly steep and ‘out of the saddle time’. Yet it was beautiful. The road surface just a year ago was not what a cyclist liked to see, but much work was carried out to provide a fairly smooth ride. Religion was to dominate my thoughts cycling – past the church on the right and then past the Benedictine monastery. I wondered if a monk was looking out and perhaps offering a silent prayer for a weary traveller. The spin into Hilltown was fast and even and my miles totalled 17+. A sharp left followed by a sharp right put me on the Rathfriland Road. 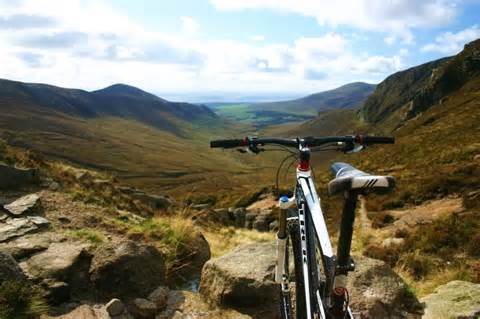 While it was only a short hop into Rathfriland, the hill into the village certainly tested my resolve to stay on the bike at all costs. I was way too late with gear changes and the hill, though short, proved slow and laborious. Leaving Rathfriland I headed towards Newry and the next nine miles was through lovely countryside. The road surface was good, traffic light, and the journey wound its way round gentle curves, and level for the most part.

I arrived at the roundabout after about twenty-nine miles and took the directions to Newry. I guessed I was halfway through my journey. Though the road was good, I had to focus on keeping an eye on the traffic, as it was quite busy. Similarly Newry itself was busy and care was needed cycling through until I arrived at the roundabout leading onto the duel carriageway. I choose the ‘Old Warrenpoint Road’ as opposed to the duel carriageway, as the traffic was practically nil. 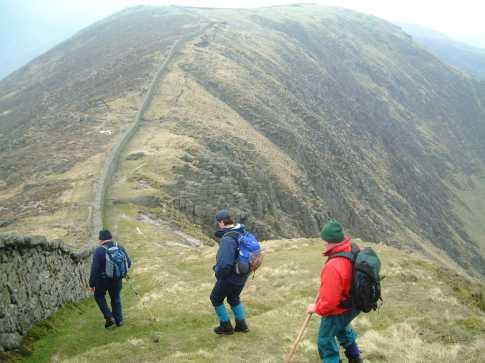 Arriving into Warrenpoint I had covered just over thirty-eight miles and I was glad of the bars and energy gels. I did have two bottles of water and in truth I needed both. Traffic coming out of Warrenpoint into Rostrevor was heavy and this remained the same heading towards Kilkeel. I had a few decisions to make, which can only be made when on the bike. Do I go up Tullyframe Road, (back to the Mourne lodge), Ballymageough Rd. (again to the Mourne Lodge) or add a few miles through Kilkeel.
I chose the former, though I was tempted to add a few miles on to my journey. The prospect of a warm shower, a change of clothes and a hearty meal was way too tempting to chance my luck with added miles. The ascent up the Tullyframe road was not a gentle one, though in fairness not at all steep, nevertheless it did drain the last of my energy. Arriving back at the Mourne Lodge I had completed just over fifty miles.

There are a host of cycle routes on leaving the Mourne Lodge, routes to suit all ages and level of fitness. The one I chose included a loop, meaning I didn’t have to travel much of the same route home. The town lands of Hilltown, Rathfriland, Drumgath, Barnmeen, Shinn, and Saval to mention but a few unfolded before me in all their beauty. The scenery through the Mournes was spectacular and the route itself but one of many to see the mountain range in all its glory. 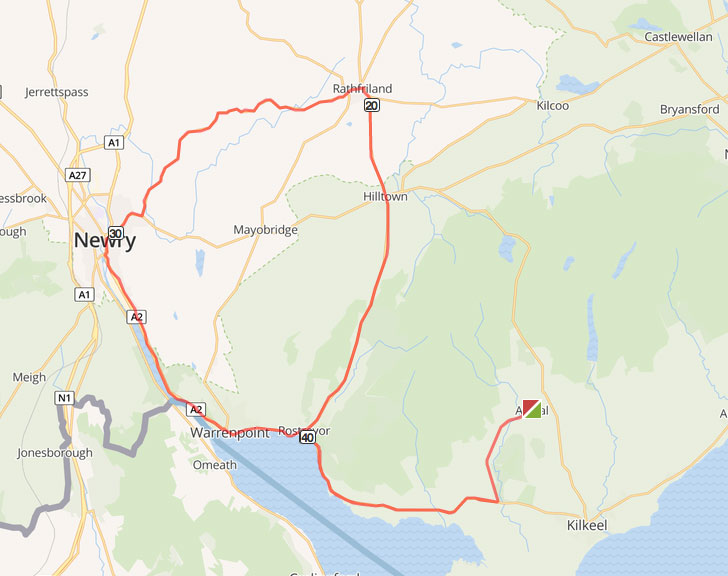